On Values, Consciousness and Human Nature. Some More

Let’s pick it up where we dropped off last time. At that point human appeared as an entity able to disrupt its own environment without provocation. In other words, humans are “anti-adaptive” creatures, in essence, by nature – their nature.

That means, there are humans inventing new things while other humans are able to acquire those new things, meaning – learn what they are, what they are for, how to operate them, etc. All that is doable by using speech. Another assumption popping up right away is that speech as such is the provocateur of invention.

The substantiating logic seems to be quite reasonable. Human speech allows expression of the same idea in different ways. That backfires on listeners and speakers causing individual differences in understanding of the same thing. This brings up disagreement – in between people and in individual minds, as well. And this is where creativity takes off. 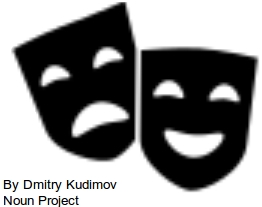 In a disagreement we deal with a clash of values. What I see as positive you perceive as negative and vice versa. This is how I become aware of my value – you point out that I am mistaken, in your view. Of course, I can do the same service to myself but that doesn’t change the essence: I’d disagree with myself in this case and start thinking. Thus again we run into interdependence of values and facts of consciousness. The fine addition to the previous contemplating is that now we definitely see things of “positive value” and “negative value,” those we consider right and those we consider wrong, all the same – good and bad, adorable and despicable, etc. We don’t only see here neutral things, those we don’t have feeling for, meaningless for that matter. Really, why would one argue about a thing one does not care about?

So, it came to feelings. Can we define value as a thing I have some feeling for? I believe this works. What if I “value” something for being useful? Do I value the thing or its usefulness? Looks like the latter is the right answer. And this adds on another angle to understanding values as eternal and unchangeable. Do we “feel” like that about own feelings?

– What about “competing” values? The question is whether we deal with this phenomenon in situations where a choice is required or values can compete “on their own?”

– If a person has a photographic memory would it mean the person has a super broad system of values? This brings up a question of relationship between memory and consciousness… and values.

– Why, exactly, different people perceive the same thing differently? Does this necessary depends on different values? Here relationship between perception, consciousness, and values comes up.